U.S. Endowment for Forestry and Communities

Greenville, S.C. – The U.S. Endowment for Forestry and Communities (Endowment) today announced the closing of the purchase by the State of North Carolina of 6,310 acres of forested wetlands, which is adjacent to the 20,318-acre North River Game Land in Camden County. The property acquisition is the result of a combination of partnerships and funding, including gift value in the discounted purchase price from the owners, the North Carolina Clean Water Management Trust Fund, U.S. Fish and Wildlife Service Coastal Wetland Conservation Grant Program, Ducks Unlimited, and the Enviva Forest Conservation Fund (“the Fund”).

The acquisition includes pocosin, Atlantic white cedar, and mixed pine-hardwood forests. Rich with biodiversity, the vast majority of this property remains road-free. The eastern and southern property lines include over 16 miles of forested marsh, stream, and river frontage on the North River and its feeder creeks and tributaries. The forests to be preserved provide habitats for numerous shore bird, water bird, and cavity-nesting species, including the Bald Eagle and the endangered Red-cockaded woodpecker. In addition, the endangered Atlantic sturgeon is found in the healthy waters of this region.  The property will be forever protected as part of the State Game Land system administered by the North Carolina Wildlife Resources Commission (NCWRC).

“We have a long history of conservation and restoration efforts in this area. Since 1984, the total habitat restored, protected or enhanced by Ducks Unlimited in North Carolina now exceeds 135,000 acres, and we’ve partnered with NCWRC on numerous wetland habitat projects,” said Craig LeSchack, Acting Chief Conservation Officer for Ducks Unlimited . “This project perfectly complements both the Enviva Forest Conservation Fund’s and our mission to both enhance and restore this incredibly important ecosystem. We are grateful for Enviva creating a fund that fits so well within the matrix of conservation grants in this region.”

“Pocosin and Atlantic white cedar forests are two of our highest conservation priorities in this area,” said John Keppler, Chairman and Chief Executive Officer of Enviva. “The purchase and subsequent preservation of this land translates to the preservation of habitat on a large scale for a diverse array of species, including endangered species. We are proud to have been a part of this important project that will provide an environmental return on investment for decades to come.”

“At the Endowment, we have long supported projects that restore and enhance healthy forested watersheds,” said Carlton Owen, President and CEO of the U. S. Endowment for Forestry and Communities. “These forests that will be protected represent a contiguous watershed that contributes to the clean drinking water for communities along the mid-Atlantic.”

The North Carolina Wildlife Resources Commission will own and manage the site as part of its Game Lands Program. The focus will be on management for wildlife and habitat health. Stewardship of the site will be passive, allowing for the natural succession of wetland habitats throughout the property. The site will also be managed for public hunting access, recreation, and research opportunities.

About the Enviva Forest Conservation Fund The Enviva Forest Conservation Fund is a $5 million, 10-year program established by Enviva Holdings, LP in December 2015 to protect environmentally sensitive bottomland and wetland forests. Administered by the U.S. Endowment for Forestry and Communities, the Fund awards grants annually to nonprofit organizations and government agencies for conservation projects in North Carolina and Virginia. www.envivaforestfund.org

About Ducks Unlimited (DU) Ducks Unlimited Inc. is the world’s largest nonprofit organization dedicated to conserving North America’s continually disappearing waterfowl habitats. Established in 1937, Ducks Unlimited has conserved more than 14.5 million acres thanks to contributions from more than a million supporters across the continent. Guided by science and dedicated to program efficiency, DU works toward the vision of wetlands sufficient to fill the skies with waterfowl today, tomorrow and forever. www.ducks.org

The U.S. Endowment for Forestry and Communities (the Endowment) is a not-for-profit public charity working collaboratively with partners in the public and private sectors to advance systemic, transformative, and sustainable change for the health and vitality of the nation’s working forests and forest-reliant communities. www.usendowment.org

All photography by © Mac Stone unless otherwise noted. See more at macstonephoto.com

US Endowment. All Rights Reserved 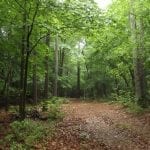